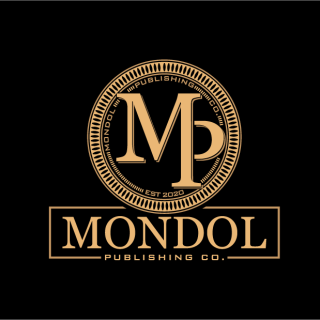 We’re so glad that you found us! Mondol Publishing was born with the mission to connect you to the content that matters. Whether you are traveling or exploring your local community it is sometimes hard to navigate through the clutter of information out there. We work with top businesses and creatives to put together an information network that is reliable and enjoyable to use.

The Personals for Seniors

Most people have seen personals for seniors in a newspaper or magazine, but they rarely stop to think about whether they would use them. They are less likely to think about what would happen if they do work and result in contact with a prospective partner.

People post personals for seniors as a way of meeting new friends and potentially a new partner. There are many ways to meet new dates and personals is just one of them.

In short, there are a number of ways you can use to find your new partner. So you have placed a personal ad, they have replied. Now what?

Do you initiate the first meeting? Well, I would suggest that you leave that to the man but then I have been told I am old fashioned. But most men of a certain age were brought up to believe it was the man’s job to ask the lady out so now would not be a good time to test that theory. So if in doubt, let him do the asking.

Don’t take offence if he asks you out for a drink rather than a date. If you have ever seen a Hugh Grant film, you will know that a lot of men see a huge difference between the two. Go for the drink and see where it leads.

Where do you meet? I would avoid a movie on the first couple of dates. You can’t get to know someone if you are watching a movie, theater or concert. That can come later. For now, a quiet little restaurant or coffee house would fit the bill nicely.

I would suggest that you go somewhere you feel comfortable. In fact, if you are woman meeting a man for the first time, I would only go somewhere I was known for safety reasons. You can try out new venues later. For now, you will be nervous enough without worrying about whether you will get lost/abducted/arrive late etc.

If you cant think of anything to say, it is probably nerves and chances are he has them too. So it is fine to admit that you are nervous. It may actually put him more at ease. Try and keep the conversation light – talk about a book you have read, or a film you have seen. Encourage him to talk too by asking gentle questions.

Leave all emotional and financial issues at the front door of the restaurant/coffee shop and collect on your way out. Even if you hit it off, now is not the time to discuss your overbearing mother, unfaithful husband or drug addicted daughter.

I always try and finish the first date. Why? Well, mum always said that you became more attractive as you became more unavailable. Two, it can be unusual for a woman to make this move so you will help him to remember your date.

Now you know to make the most of personals for seniors.

One Regular Guy Writing about Food, Exercise and Living Past 100

MorningStar Senior Living’s distinct mission statement “to honor, to serve, to invest” sets us apart from other senior living options. Our foundation is built on honoring God, valuing our seniors and hiring staff with a felt calling to serve.

Fitness, Exercises, Workouts and Some Shopping too!

A Blog by Susan Bulanda

A daily selection of the best content published on WordPress, collected for you by humans who love to read.

to make life easier for Seniors

The latest news on WordPress.com and the WordPress community.